The Houndslake Country Club has started work on converting tennis courts 5 & 6 into Pickleball Courts. Three (3) pickleball courts will be created initially with space to expand to six (6).   A social will be held in early October to introduce the game.

Need Volunteers to help complete the filling of cracks in the concrete surface of the courts. 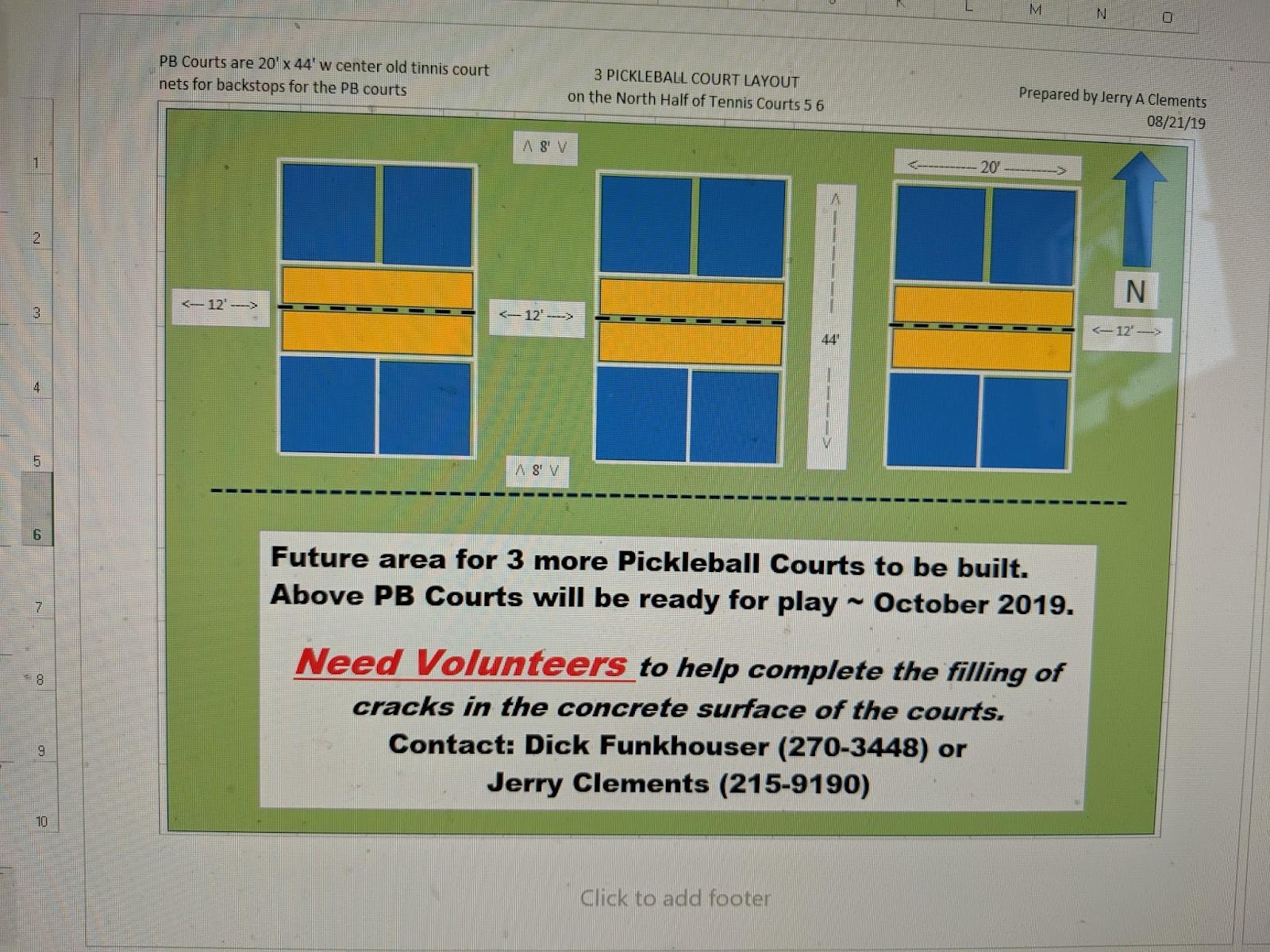