Ben is a professional coach certified by the Professional Pickleball Registry and is currently in training to become a USAP Certified Referee.   Starting after the Palmetto Tournament, Ben will be giving lessons at Smith-Hazel Recreation Center on most Mondays and Wednesdays from 9am - 12pm.  You can reach him at benlacy1962@gmail.com to schedule a session.  See photo and complete bio below. 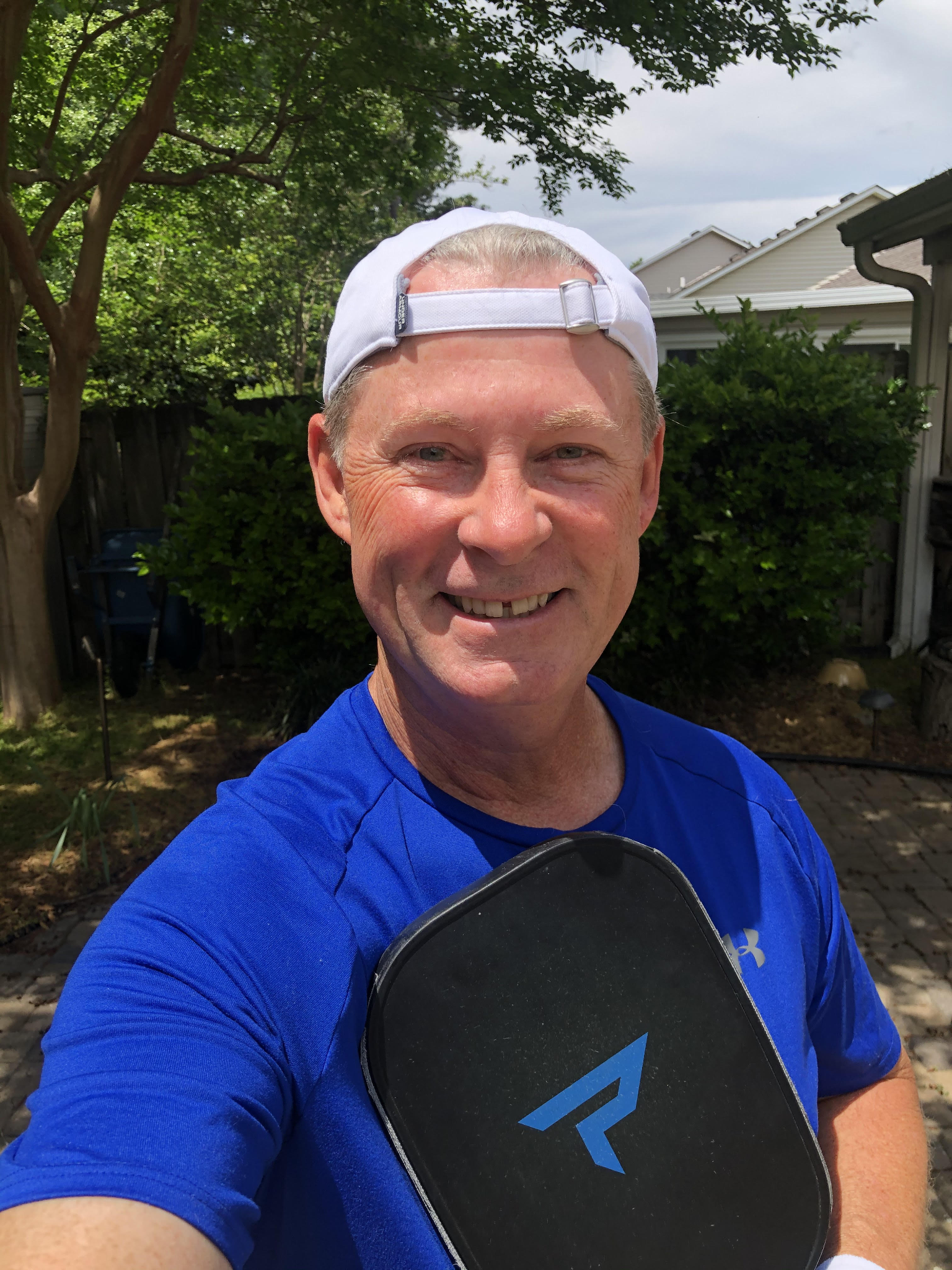 Ben Lacy was born in Naples, Italy in 1962 to a US Air Force father and stay-at-home mom. Military life took him around most of the United States early in life, but he lived mostly in the southeast (Georgia and Alabama).

After a 10-year stint in the US Navy as a nuclear plant operator, Ben settled in Aiken, SC, where he now resides with his loving wife, Jillian Ashworth and their numerous canine companions. After earning a BS in Nuclear Engineering, Ben spent 25 years as a contractor to the Department of Energy, working most of that time as a nuclear engineer.

Since retiring from engineering, Ben spends much of his time either playing, coaching or refereeing pickleball, performing live music, and traveling around North America with Jill and the pups in their Airstream. Ben also enjoys writing and has published one novel (Shattered Diary) and one collection of short stories (Tales Best Consumed In The Light) both on Amazon.